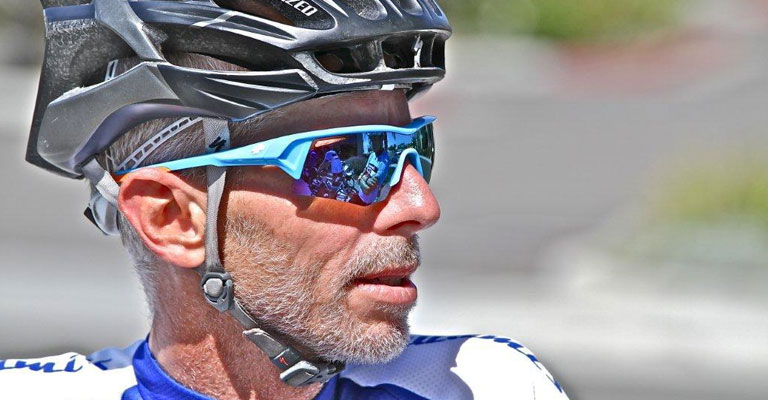 Swami Of The Quarter David Wiese
Responds to the 73 Questions Interview format
With a rear view twist making it:

Every quarter we select an active Swami’s member who we feel exemplifies the traits that set a positive example for others in the club. Besides recognition on all our SM platforms, the Swami of the Quarter also receives gifts from our estore and/or sponsors.

David Wiese just retired from the Swami’s Board of Director’s, making him eligible for consideration for SOTQ. To send him off in style he has been selected in his first month of eligibility.

His history of holding various positions within Swami’s over the years, including his most recent Ambassador title, as well as his selflessness in leading and organizing various rides more than qualifies him for this award. Not to mention he’s one of the most respected and well liked individuals in the peloton. We thank him for his many years of service. And look forward to many more years of service from him:)

Our roving reporter, Therese Nugent, was finally able to corral Dave for a few insights into his life:

What two words rhyme with your last name?
Breezy and Easy.

Are you Breezy or Easy?
Easy

Do people call you by your first name or last name?
Most use my first name: Dave

Do you have any cool nicknames?
I’ve been called a lot of things (Stan liked the Flea, and Darron recently called me “the Possum” (can you see a pattern?), but I wouldn’t call these cool nicknames.  BTW: Possum can be badasses (when rabid and cornered).

What was your first job?
Delivering newspapers, when I was 11 years-old. It was the last time I was ambitious.

What other job would you like to try?
I’d like to try being a lawyer and teach law in my spare time. Oh, never mind, I’ve tried that. I guess I’m finished trying new kinds of work.

What are some of your earliest cycling experiences?
I successfully raced BMX as a kid, but stopped riding as soon as I got a driver’s license and a 1967 RS,SS Camero.

When did you start Road riding?
After a motorcycle accident on a KZ1000R left me very weak and out of shape. I tried club riding on a whim.

Why did you keep riding?
The time I met one of the best cycling ambassadors: Mitch Rovins, the owner of Beacon Cycling and Fitness.  I try emulate him on the road bike.

What is your favorite ride?
It’s a tie between the Swami club rides on Tues/Thurs, Friday, Saturday, and Sunday.

What is the best cycling advice you’ve ever received?
Most sport/rec riders go too hard on their easy days and too easy on their hard days (myself included) Easy means easy, and hard means give it everything you’ve got. It’s a very narrow path but the great riders get it done.

How do you schedule the Fri ride in?
Making time for cycling is important because it improves your mind, body, and spirit.

One of your guilty pleasures?
There are too many to list, but I will admit to eating too many peanut butter cookies when my Mom visits.

Do you have a secret hobby?
Video gaming.  Especially first person shooters.

What are your favorite video games?
Halo, Fallout, Rainbow 6

Tell us something surprising about yourself
My X-wife says I’m not an alcoholic.

Which famous cyclist would you want to be for a month?
The 1988 version of Andy Hampsten.

What other competitive sports have you done?
I dabbled in wrestling and judo.

How did you wind up joining the Swami’s Cycling team?
I got fat in my late 40s, and knew cycling would get me fit.  I went to a club ride and people like Albert, Bryon, Troy, Fred, Richard, were all so nice to me that I got hooked right away.

If you could swap bikes with any Swami who would it be?
Albert. I don’t fit his bikes but once they were liquidated I could get myself a couple dozen cool bikes.

How would you describe yourself in 3 words?
“That” guy’s friend.

What are your 3 most prized possessions?
All my prized possessions are bikes.
1.  The FMF bmx bike I raced in 1976-77. I’ve had this bike 40 years.
2.  The Santana Moda mountain bike that was with my best friend when he was killed in a traffic accident.I’ve had this 26 years.
3. A new Ridley Helium SL with Campy Record EPS and ENVE wheels.  I’ve had this a few months, and have never ridden faster.

Favorite thing about living in Vegas?
My best friend still lives in Vegas, so that’s my favorite thing.

What was it like living in Vegas?
My dad was a casino marketing executive in Vegas’ hay day.  He knew everyone, and exchanging favors was like a parallel money system.  So, I saw all the best shows, and concerts, and grew up being treated like a prince.

Favorite TV show:
I really liked Daily Show and Colbert.  I don’t know if I have a favorite now.

Why are people so weird in PA?
They think the beach is called the shore.

Favorite restaurant?
I like Borellis.  It’s a locals Italian place on El Camino Real in Encinitas.  For some reason I feel at home there.

Weirdest thing you’ve ever eaten?
Escargot, which was perfectly edible, but ultimately I just thought, “why?”

Favorite Band:
That’s hard to reduce to one, but Kings of Leon.

Best gift you’ve ever received?
My parents sent me to college.

What is your favorite movie of all time?
Shawshank Redemption

What is the superpower you would like to possess?
Invisibility. I actually possess this already.

“How often do you take the subway? Not often – sandwiches are a gateway to cake”