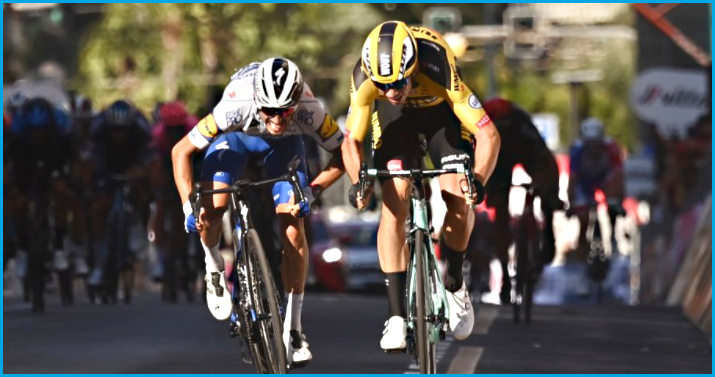 It’s been more than 20 weeks since cycling’s World Tour was halted due to COVID-19. The UCI and race organizers have since created a revised calendar that crams seven months of racing into three, and comes with a 15-page UCI document that establishes a health and safety protocol for all involved, much like what is being attempted in other sports.

At long last, we witnessed top-tier professional racing on August 1 with both the men’s and women’s editions of the grueling Strade Bianche, which took place on tarmac and gravel roads in Tuscany. Milan-San Remo was held on August 8 with 305 km of racing – its longest distance ever — and in record heat. The Critérium du Dauphiné is going on now through August 16.

The UCI World Championships, originally scheduled to take place in Aigle-Martigny, Switzerland, was cancelled on August 12.

The pandemic has also taken a heavy toll on the 2020 UCI Women’s WorldTour with three events cancelled: Ronde van Drenthe (the Netherlands); Trofeo Alfredo Binda – Comune di Cittiglio (Italy); and OVO Energy Women’s Tour (Great Britain). The Cadel Evans Great Ocean Road Race (Australia) is the only event of the 2020 UCI Women’s World Tour that was able to take place before the season came to a stop.

Full calendars have been posted by the UCI, but are subject to change.  For the latest, you can review the revised men’s and women’s race schedules on the UCI website.

Even better, learn how you can view these races by checking out broadcast listings here!