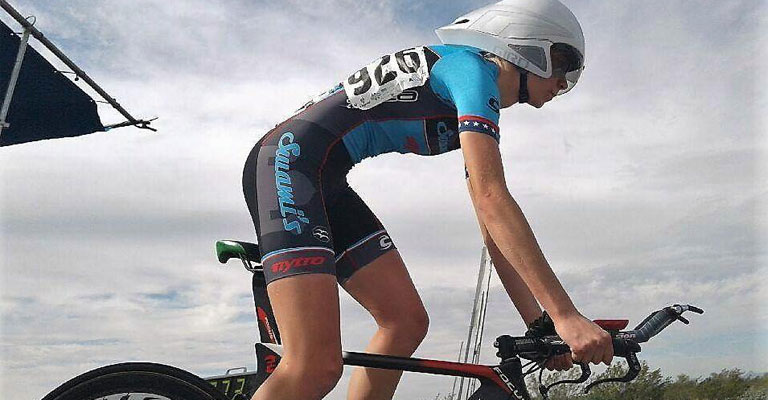 Carlsbad, CA – “It was a tough race in challenging conditions against some of the best juniors in the world supported by professionalized development programs with outsized budgets. The team did great!“ said Yan Yaroshevsky, proud father of Mark Yaroshevsky. Mark set the fastest Swami time trial, fastest Swami general classification time and placed 8th in the Saturday road race which started the weekend with over 90 competitors! Swami’s Junior Development Team set its sights on the desert of Arizona for the Valley of the Sun three day stage race and tested its mettle against some of the best junior racers in the world. In an international field, including multiple National Champions, our riders challenged at every discipline.

At the end of Friday’s time trial, all Swami’s were solidly in the general classification and Ryder Phillips, competing in the 16-17 Junior Men, set the Swami’s second fasted time. He was flying! After setting the third best Swami time, Jacob Ingwersen said, “I must, I will improve my fitness!” The competition was definitely prepared for battle!

Saturday began with a turn in the weather and presented the riders with some of the most adverse road racing conditions many had ever experienced. As the temperature continued to drop into the 40’s, the rain and wind increased. Contesting the Senior Women 4/5 class, 13 year old Makayla MacPherson pressed the leaders throughout the race keeping the pace high. On an uphill sprint finish, she crossed the line in 5th, placing her in a great position for Sunday’s criterium. 14 year old, Megan Jastrab, competing in the Senior Women Pro/1/2, put incredible pressure on the international women’s field and crossed the line ten seconds behind the leader and she rapidly moved up the general classification. McKensie Steiner competing in the Senior Women 3 category, sprinted to the finish for a solid 5th place and lept up the leader board. When asked about her less than usually spectacular sprint, she showed her purple hands and said “I can’t feel my fingers and the shifter!” The pace of the Junior Men 17-18 rivaled that of the top senior men races of the weekend. Ryder Phillips and Julian Levy were involved in an unfortunate racing accident. Injuries were minor but they were unable to start the final event on Sunday. Mark placed 8th in an amazing effort and Ryan Jastrab, Levi Jefferies and Jacob’s solid results moved them steadily up the general classification.

The weather did not improve for Sunday’s criterium. Makayla hounded the competition and took a prime bonus and outsprinted all but one woman for a thrilling 2nd place podium finish! Megan, with her usual steely eyed, focused sprint and precise bike throw missed the top spot of the podium by inches but was ecstatic with her 2nd place against such a tough field and post-race stated, “I had an AWESOME time competing in all the stages!!! Racing with the caliber of women in this field showed me both my strengths and weaknesses.” Mark continued his performance as a National Caliber rider and left Valley of the Sun ranked fourth in National Selection eligibility, as he heads to the mountains of Georgia to contest the Tour of the Southern Highland’s in two weeks.

In reflecting on the weekend, McKensie echoed the sentiments of her teammates. “The weather was miserable and the racing was really hard and extremely competitive but I had a lot of fun.” Swami’s Junior Development Elite Team heads to the Inland Empire on March 10 to challenge the Tour de Murrieta. 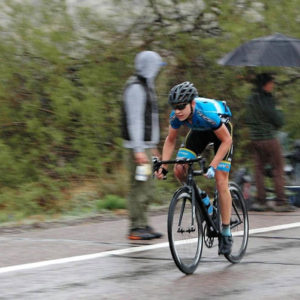 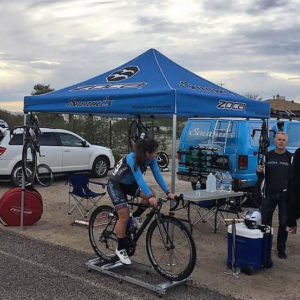 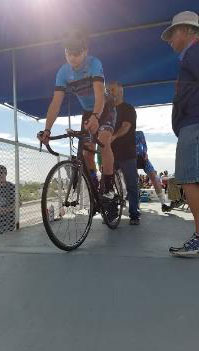 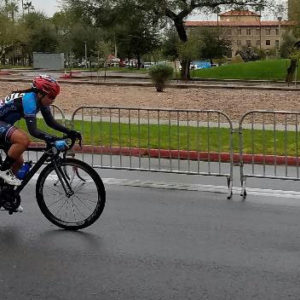 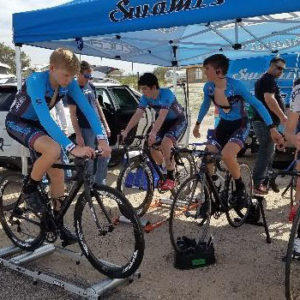